The Green Bay Packers and head coach Matt LaFleur released the team depth chart on Friday. It did not feature many big surprises, but did underscore how lacking the team is when it comes to quality wide receivers.

Quarterback Aaron Rodgers leads the way at the top of the chart, as starting quarterback, with rookie Jordan Love right behind him.

Aaron Jones, A.J. Dillon and Jamaal Williams are listed as the running backs.

The offensive line can be seen below:

The defensive depth chart can also be seen below. 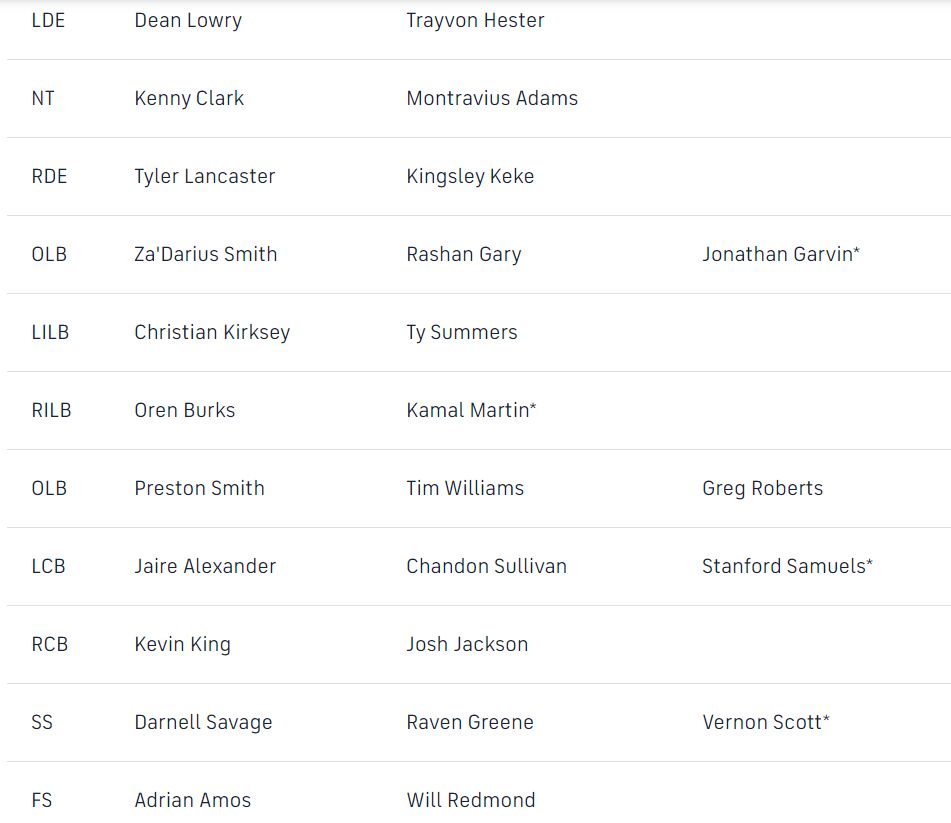 Despite a disappointing conclusion to their 2019 campaign at the hands of the San Francisco 49ers, the Packers are widely regarded as a legitimate threat to contend for the NFC title. Whether or not they will be able to deliver on that promise remains to be seen.

It will also be interesting to see whether the decision to select Love will come back to bite the team, as they could have used the opportunity to bolster the wide receiver group further.

A recent graduate from the University of Texas, Anthony Amador has been credentialed to cover the Houston Texans, Dallas Cowboys, San Antonio Spurs, Dallas Mavericks and high school games all over the Lone Star State. Currently, his primary beats are the NBA, MLB, NFL and UFC.

Zion Williamson Looking Bigger Than Ever In New Photos